A Great Place To Be! 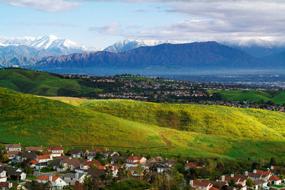 Chino Hills is well known for its high quality of life and beautiful rural atmosphere. The community has a population of 82,409 and boasts 3,000 acres of publicly-owned open space, 44 parks, and 48 miles of trails.

Chino Hills’ reputation is known in the national arena as well, the City of Chino Hills has been ranked #38 on Money magazine’s 2019 list of the "100 Best Places to Live."  According to the CNN/Money website, the list includes "the top 100 terrific cities that offer what American families care about most - strong job opportunities, great schools, low crime, quality health care, plenty to do, and a true sense of community." Cities with a population between 50,000 and 300,000 were considered. Chino Hills appeared on the list before -- in 2005 with a ranking of #68, and in 2012 with a ranking of #34.

100 Best Communities For Young People 2 Years in a Row

America’s Promise Alliance announced that Chino Hills was named as one of the "100 Best Communities for Young People" for 2011 and 2012. Thanks to great partnerships and the hard work of many agencies and individuals who make a difference in the lives of young people in Chino Hills. The national award recognized our community for providing outstanding and innovative services and programs that make Chino Hills an outstanding place for youth to live, learn and grow.

Not only is Chino Hills a place where people want to live, it’s also a safe City in which to live. Based on FBI crime statistics for 2016, Chino Hills is ranked #4 safest city relative to violent crime and 13th safest city for property crimes. The ranking compared 106 cities in California with a population of 50,000 to 100,000.

According to the Income, Earnings, and Poverty Data from the 2007 American Community Survey conducted by the U.S. Census Bureau, Chino Hills ranked 6th in the United States with a Median Household Income of $100,371.

Recreation is a priority in Chino Hills and Big League Dreams Chino Hills Sports Park is definitely a recreation destination! This 33-acre multi-use sports facility attracts tournaments, visitors, and new commercial ventures to Chino Hills. Chino Hills is also home to the McCoy Equestrian & Recreation Center. This beautiful 20-acre facility includes two lighted arenas, covered bleachers, a gazebo, a community building, and trail connections. The McCoy residence has been transformed into a beautiful community facility that is perfect for receptions and small parties.

Chino Hills’ strong demographics and its location at the convergence of Orange, Riverside, Los Angeles, and San Bernardino Counties make it attractive to commercial developers. The City’s high average household income of $106,825 (in 2006) is second only to the exclusive community of Indian Wells in the Inland Empire. Prominent retailers, like Trader Joe’s, H & M, and XXI Forever, have chosen to locate in Chino Hills. Many high-end national retailers have locations in Chino Hills.

Residents Have Attained a High Level of Education

Chino Hills is also home to a professional workforce. Nearly 41.2% of Chino Hills’ adult residents have a bachelor’s degree or higher and the community ranks among the top 17 Southern California cities in its share of residents employed as scientist, professionals, or managers.

Our Chino Valley Unified School District schools lead the County in API results. There are 10 elementary schools, two middle schools, and two high schools in the City of Chino Hills. The District’s goal of "Increasing Academic Rigor" has paid off, as evidenced by the following accomplishments:

"One of California’s Best Kept Secrets"

Dr. John Husing, an expert on the economics of the Inland Empire, has taken a magnifying glass to the community and considers Chino Hills to be "one of Southern California’s best kept secrets."