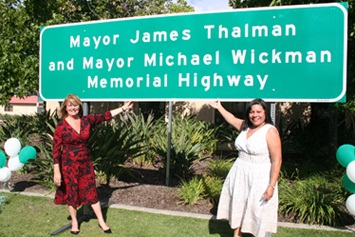 Both men made significant contributions to the Chino Hills community. Both Mayors passed away while in office, Mayor Mike Wickman in April 2000 and Mayor Jim Thalman in August of 2003.