Brian Johsz was appointed to the Chino Hills City Council on August 14, 2017. After fulfilling his appointed term, he was elected to a four-year term on the City Council in November of 2018. He served his first term as Mayor in 2021.

Council Member Johsz lives in District 4 and was elected to represent this District in the November 6, 2018, General Municipal Election. He, like all other Council Members, takes pride in serving his District, and the entire Chino Hills community. Together they continue to guide policy and make decisions for the overall good of the community.

Brian attended the University of California, Berkeley where he earned a Bachelor of Arts degree in Political Science. At Cal, he was a member of various honor societies and was President of his fraternity. He also earned a Masters of Public Administration degree with an emphasis in Public Management from California State University, Dominguez Hills in Carson.

Professionally, he serves as the Director of Government Affairs for Athens Services, a local recycling and solid waste company. He has an extensive background in government ranging from Capitol Hill to the State Capitol. Brian previously worked for elected officials in the House of Representatives, the California State Legislature, and the County of San Bernardino Board of Supervisors. He has also worked as an executive for the Boy Scouts of America.

Brian and his wife, Libbie, were married in 2004. They live in the Fairfield Ranch community and have been residents of Chino Hills since 2010. Libbie is an elementary school teacher. They have a young son who is active in Boy Scouts and Chino Hills Little League. Their young daughter enjoys dance lessons and Girl Scouts. Cali is their family dog who loves her time walking on City trails and in parks.  They are parishioners of St. Paul the Apostle Catholic Church. 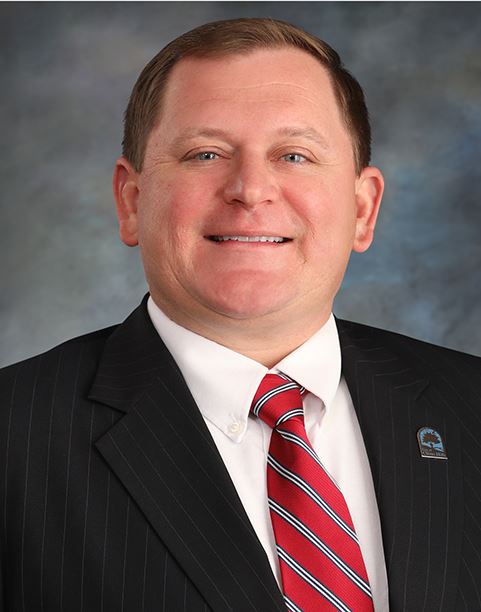