Peter Rogers was elected to the Chino Hills City Council in November of 2006 and was re-elected in 2010, 2014, 2018, and 2022. He has served as Mayor three times in 2009, 2013, and 2018, and is currently serving his fourth term as Mayor for 2022. Vice Mayor Rogers was first appointed to the City’s Parks & Recreation Commission in 1998 after interacting with the Commission for many years as President of Canyon Hills Little League. He served on the Parks & Recreation Commission for eight years, including two terms as Chair and two terms as Vice Chair.

Mayor Rogers lives in District 2 and was elected to represent this District in the November 8, 2022, General Municipal Election. He, like all other Council Members, takes pride in serving his District, and the entire Chino Hills community. Together they continue to guide policy and make decisions for the overall good of the community.

Peter has been an active volunteer and participant in the community since 1988. His first involvement came as a Board Member of the Summit Ranch Homeowners Association in 1988. He served on the Board for 12 years, with six years as President. Peter volunteered for many years as a Board Member and President of Canyon Hills Little League when his sons were young ballplayers. He is a member and Past President of the Rancho Del Chino Rotary Club. Peter is the Chair of the Chino Hills Community Foundation, which was founded in 2008. He founded chARTS, the Arts Committee of the Foundation in 2013. Peter is tied to numerous local non-profits including Friends of the Chino Hills Branch Library, the Let it Be Foundation, and Caring for the Hills. He also serves on the Pomona Valley Hospital Foundation Board of Directors and has served as a Board Member of the San Bernardino Workforce Investment Board. Peter enjoys meeting and interacting with residents at the many community events he attends.

Peter graduated with a Bachelor of Arts degree in Communications from Cal Poly Pomona, with additional studies at the Art Center College of Design in Pasadena. Peter is a small business owner. His Chino Hills-based company, Peter Rogers Photography, serves the advertising and public relations needs of many major corporations. His 40 years in the industry have included assignments throughout the United States and more than 24 foreign countries. This experience has given him a unique and valuable perspective of many diverse cultures. His photos of our City have also graced the walls of City Hall and the Chino Hills Community Center, the pages of City publications, and have been featured on the City website and the award-winning Chino Hills Community Calendar. Peter serves part-time as the District Director for Chairman of the San Bernardino County Board of Supervisors, Curt Hagman. He oversees the district office, supervises staff, coordinates casework and communication with constituents, and oversees community outreach efforts.

Peter and his wife, Merry, were married in 1977. They have lived in Chino Hills since 1986. Merry is a Human Relations professional and serves as the Compliance Officer for Generations Healthcare in Costa Mesa. Their adult sons, Christopher and Kevin, attended Chino Valley Unified School District schools and graduated from local colleges. Chris co-owns 17 Wholesale Nutrition Centers (WNC). His wife Ashley is the founder of a healthy snack food company called Spudsy. Chris and Ashley have two daughters, Poppy and Rocky. Kevin has a freelance photography business, Kevin Rogers Photography; and, his wife Angela is the art teacher for Mariners Elementary School in Newport Beach. Kevin and Angela have one daughter, Olive. Their rescue dog Chloe is also part of the family. Like many other residents, the Rogers have been thankful to live in a peaceful, safe, and family-oriented community. 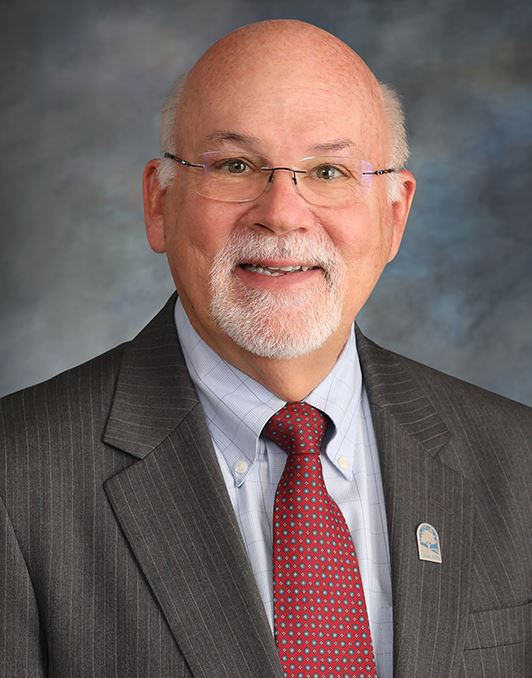